said, “Whoever has a female (daughter) under his guardianship, and he neither buries her alive, nor treats her with contempt, nor gives preference to his sons over her, God will admit him to paradise.” [Abu Dawud] 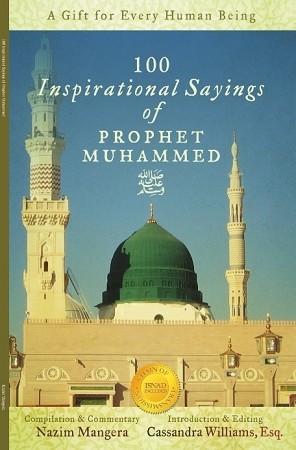 COMMENTARY: At first glance, this hadith may raise some eyebrows with its mention of burying daughters alive. However, we must read the hadith in its proper historical context. During the life of Prophet Muhammad

in Arabia, the birth of a daughter was viewed as a burden on the family, as bad luck, and as a curse from the gods. Many families resorted to burying their newborn daughters alive in order to rid themselves of this perceived burden, bad luck and curse. Taking this historical context into account, this hadith and the overt prohibition of the slaying of children in any way, but particularly of girls in this manner, can be appreciated for its progressive tilt. Honor killings, forced marriages, or repression of women are all cultural aberrations, and are not derived from Islam or the teachings of the Prophet Muhammad

in any way, shape or form.

Not only is this hadith overtly progressive for its stance against infanticide, but it goes a step further in its revolutionary spirit. Prophet Muhammad

stated that those parents who are entered into paradise will be those who treat their daughters and sons equally, without preference for one over the other. Again, for an era in which females were viewed as nothing but property and burdensome hindrances, this teaching of Prophet Muhammad

is nothing short of avant-garde.
Islam has taught the males of this world how important it is for us to respect females, specifically our daughters. Islam ordered men to respect their daughters at a time when daughters were treated with such contempt that they were even buried alive. Sadly, even though the above teachings are more than 1,400 years old, female infanticide and genital mutilation is still widespread in some countries. Fetuses are aborted for no other reason other than for being a female. If a few Muslims mistreat their female family members, the pristine teachings of Islam should not be held responsible. Honor killings, forced marriages, or repression of women’s rights are cultural aberrations, not Islamic ones. Throughout his life, Prophet Muhammad